She is a wife, mother, and full-time entrepreneur who discovered her love for cooking at the age of five, cooking at home with her late grandmother Helen. Felicia worked in various restaurants before she landed a job at a local catering company where she discovered her passion for catering. In 2011 Felicia started her own catering business, Xquisite Catering.

In 2015 Xquisite took off and blossomed into a very successful business. When the 2020 Pandemic hit and events came to a halt she was left with the difficult task of figuring out how to pivot and keep operating to generate revenue and keep her staff employed. She had toyed around with the seafood carryout concept in 2019 but never followed through. When faced with the devastation of her business possibly going under she decided to start selling Seafood Boils and daily specials out of the garage door of her Catering kitchen. Once launched, the response was overwhelming and the reviews were spectacular. Knowing that one day they would get back to catering events and not be able to offer their seafood boils and weekly specials, she decided to find a brick and mortar and officially launch "The Crab Queen"

Months later here we are with her first location in Randallstown, Maryland where she also resides.

Felicia is looking forward to bringing a black-owned and operated seafood restaurant to the neighborhood and hopefully many more to come. Felicia is joined by Kenisha Brown, Chef and manager, and Janaya Williams, sous chef and assistant manager. 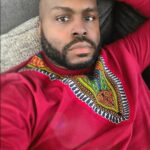 Send reply to a review

All the time ranges are in local time

You already reported this listing

This is private and won't be shared with the owner.

No similar items were found